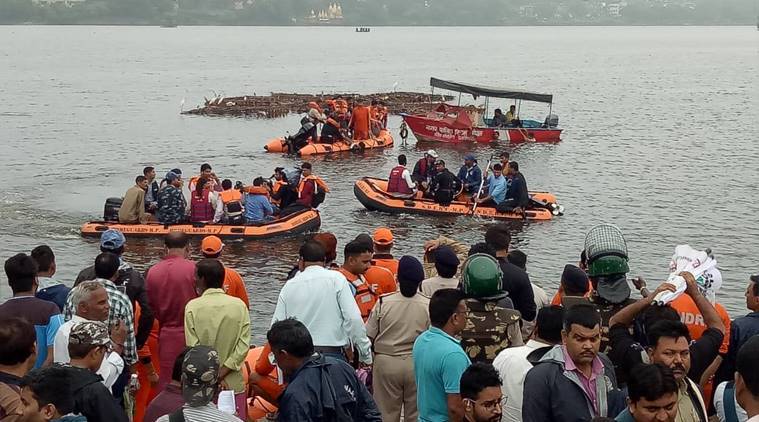 Having a big amount of crowd in Bhopal lake 11 people lost their lives as the last report came from television. Still, the Searching process is going on. A Small boat Capisizes cause, 11 people lost their lives. During Ganpati Visarjan Madhya Pradesh Chief Minister Kamal Nath has taken action and announced that they will be a big enquiry over it and will be taken strict action if found anybody responsible for this incident.