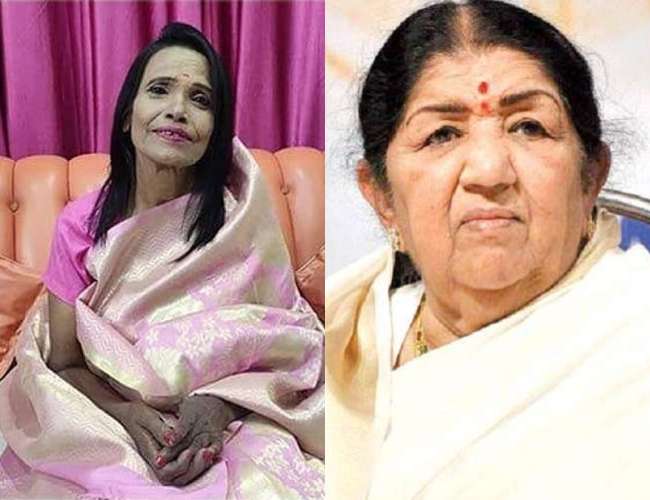 After hearing about Ranu Mondal Lata Mangeshkar also appreciated to Ranu Mondal and she also said that if Ranu Mondal gets something by her name and word she feels good. As Ranu Mondal is a lady used to sing for living now she got famous because of her voice as now she has already recorded three tracks with Himesh Reshammiya and now she's been like so much and Himesh Reshammiya is also planning to make a film with Ranu Mondal.

Now Latamangeshkar also prays for a great succes of Ranu Mondal. Now a New Song is going to be live soon of Ranu Mondal. She became an overnight social media sensation Just because of a video, That song was lat Mangeshkar's "Ek Pyaar ka nagma hai" At Ranaghat railway.