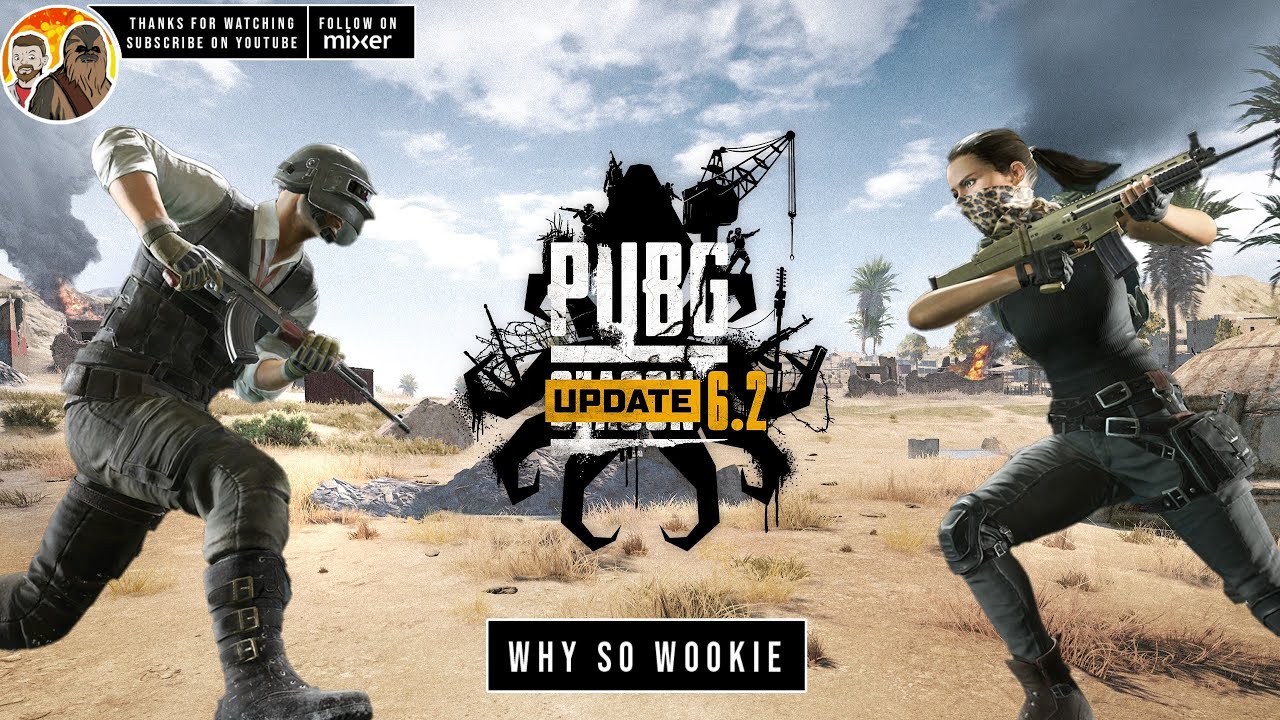 PUBG 6.2 update for PC with new features, bug fixes, and some improvements.

It always keeps on giving updates with new features. It always bring updates with new and exclusive features. It's No 1 Battle royale game in the world. However, It is made for all types of machines like iOS, Android, PC, and Tablet. It's the most online streaming game. It has some measure changes like Stun Grenade, Smoke Grenade, and Picks upsetting. however, there are also some new weapons available. however, there are also some loot changes.

PUBG 6.2 update for PC has now new gaming modes like "Team Deathmatch" and "Arcade Mode". However, Team Deathmatch will now be available in the new arcade mode. it's probably a beggest edition of this update. there are some frag grenade changes like now frag grenade will give 20% Damage to prone enemies.

Now PUBG decreased the Fuse time of Smoke grenade from 3 seconds to 1 second. In addition, G36C and MP5K are the new weapons introduced in PUBG 6.2 Update. In this update loot settings are set as meds are increased and bandages are decreased. Now the care package airplane can move faster in the Karakin map. This update has fixed some glitches now. Now even in the PC version, you can follow your teammates.

Now anyone can follow their teammate until exiting the plain. It has UI improvements, Bug fixes and much more. Now 6.2 is available with 7 modes in Team deathmatch. In addition, You can now check the list of Patch on the PUBG website. PUBG Launched most of the new features.

There are also multiple Battle royale games like Call of Duty and Free fire but the highest playing game is the only PUBG here. Now the PUBG is the No 1 Battle Royale game. Now this update has fixed lots of bugs.

We recommend you to be up to date as PUBG keeps on giving something better. We Fully hope that in the next update we are going to have something new

2 thoughts on “PUBG 6.2 update for PC is now out with new Features”