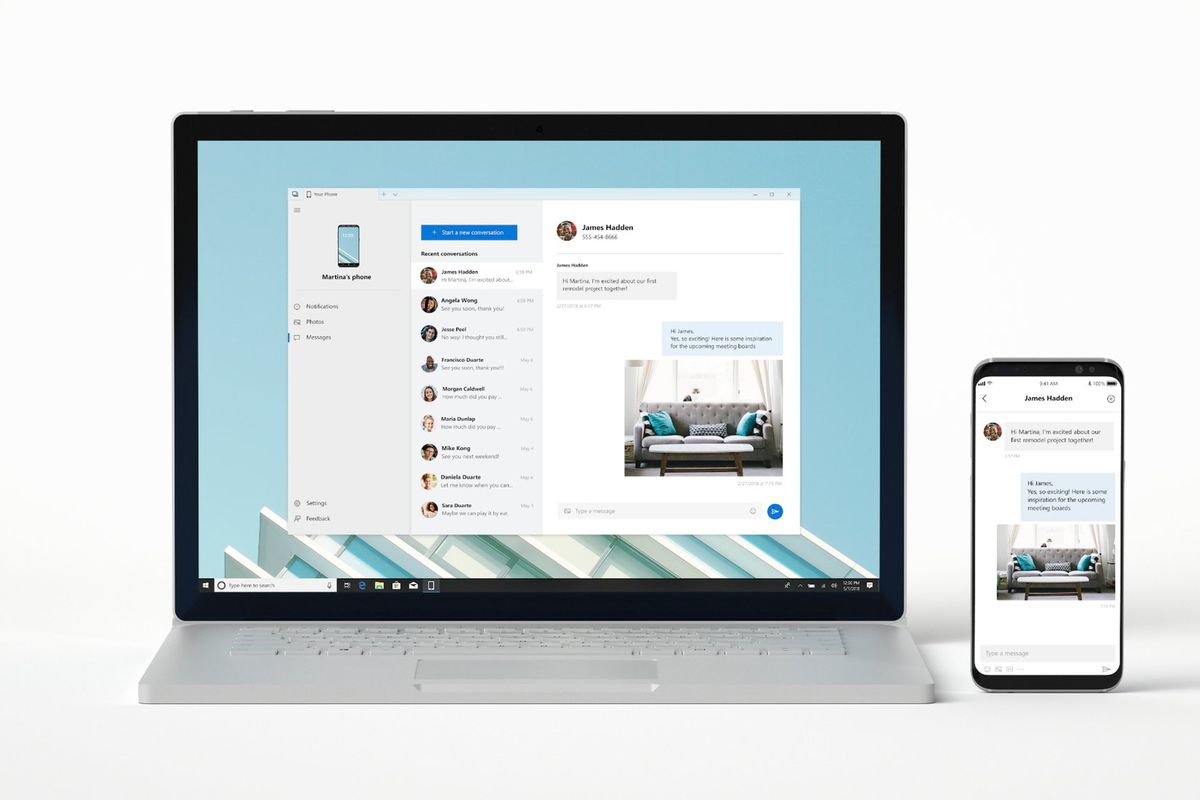 Microsoft Has now Developed a New App that is called 'Your Phone' Now users can make a call easily in the beta version of windows 10. To make call Microsoft has developed this Application. Users need a Device supporting the new latest version of Android (Nougat). Microsoft is also working on a program that can show the notification of the user's mobile. Now Any android user can make or Pick call anytime. This feature will be with Build 18999. Microsoft would provide an application over Play Store what needs to be downloaded by the user and connect to the PC. After making connection users can make calls or Pich, Get every type of Notification and make some changes also.

Using 'Your Phone' you can pick or if you don't want to pick you can also decline the call. Now Microsoft has also given access here to send any text instead of picking the call. Users can also handle their Call Logs. 'Your Phone' can also show recent dials and favorite lists.